It’s that time of year again where film bloggers everywhere compile their lists looking back at what 2016 had to offer. It’s unlikely that anyone will look back on 2016 as a vintage year, but there were enough good films released to prevent it from truly sucking. With that, here are my top 10 films of the year.

Yes, a film blog named after a line from the original Ghostbusters film has named the remake in its Top 10 Films of 2016. Wonders will never cease. Despite some bias, Ghostbusters 2016 is a genuinely funny film that captures the spirit and sense of dicking around that made its predecessor such a hit. Granted it doesn’t come close to touching the originals classic aura, but this female led version has heart and laughs aplenty, and rightly sticks two fingers up at anyone who doubted it. 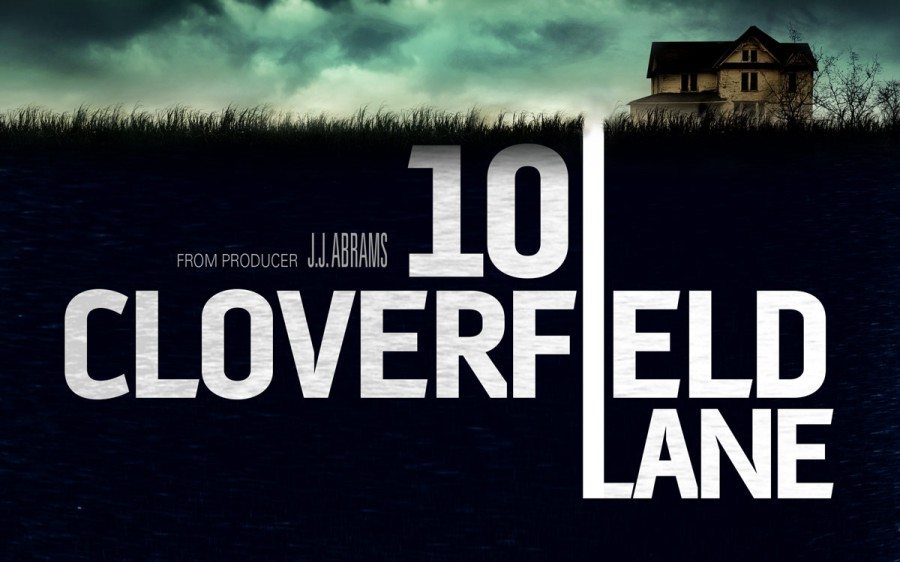 One of the most unexpected delights of this year was the universe expanding sequel to 2008’s Cloverfield. In so many ways, 10 Cloverfield Lane is nothing like the shaky-cam monster mash that preceded it, but in terms of surprise and and storytelling we are delivered an unexpected treat that bears many similarities to Cloverfield. Both a thriller and horror, 10 Cloverfield Lane marked itself out early on to be one of the more mysterious and essential views of the year.

Superhero films don’t generally do things all that differently. For all the joy to be had in the Marvel universe and whatever you may think of DC’s current product, they can be a little plain. Fortunately for fans growing a little bored of the genre, Deadpool came along in all his foul-mouthed glory. Bitingly funny, while not afraid to take the piss out of itself, Deadpool shoves a rocket up the arse of other superhero films sending its own distinct message and daring others to do the same.

Creed, much like The Force Awakens, is a way into a series for new fans who never set eyes on a Rocky film and a misty eyed throwback to one of the most unlikely franchises in cinema history. Michael B. Jordan’s youthful charisma and Sylvester Stallone’s weary old fighter share a chemistry that shines throughout the film and adds real emotional punch to Ryan Cooglers outstanding direction.

2016 was not a good year for horror fans. Most of this years entries have been lacklustre and unoriginal and despite my initial excitement for The Conjuring 2, it was The Witch that had the most impact. Released early in the year, it’s possible to forget how good this film really was and how aesthetically different it was to the current crop of horror films we are being subjected to at the moment. The Witch was unpleasant to watch in a way similar to the classic horrors of the 70’s, and mentally draining too. More like this please.

Despite lacking the feeling of joy that greeted The Force Awakens, Rogue One has become an essential Star Wars story and changed the way audiences look at the original trilogy of films. Depicting the civil war between the Rebels and the Empire in a way that hasn’t been done before, events in Rogue One feel more gritty and dirty with a sense that none of this will end well. Rather than taking place in the stars, this battle is seen from ground level as a ragtag bunch of fighters agree to steal the plans to the Death Star. Like The Wild Bunch and, in a way, Serenity, Rogue One has a raw feel to it that makes it all feel a bit more real. And even if it isn’t perfect, it is still a first-rate science fiction film with plenty of action that has the benefit of being set in the Star Wars universe.

Like an emotional gut-punch, Captain America: Civil War rolled into cinemas begging the question “who’s side are you on?” It was only natural for fans to pick the side of their favourite Marvel characters; Iron Man or Captain America, but in a strangely grown-up move Marvel made a film where it was difficult to decide who was right and who was wrong here. With events spinning out from several previous Marvel films it may have been difficult for casual fans to keep up, but for anyone who’s been watching since the first Iron Man film, then Civil War was as enjoyable as it was excruciating. Like seeing a family torn apart by some horrible event, Civil War refused to give easy answers, let audiences make up their own minds and dealt with it in a surprisingly adult way. 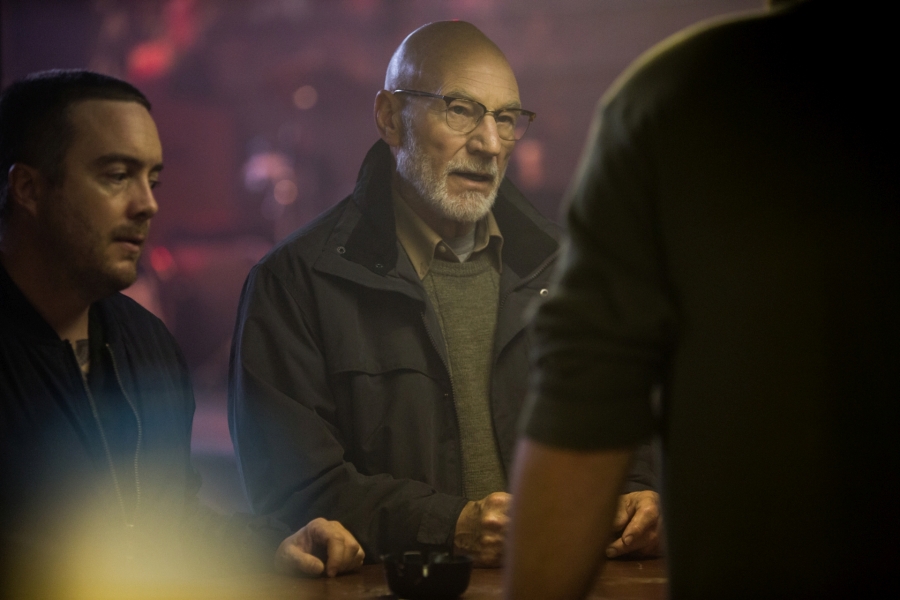 Like nothing else that was released this year, Green Room had a visceral impact making it a horror film that was impossible to forget. Led by the vulnerable Anton Yelchin and the fearsome Patrick Stewart, Green Room is an absolute roller-coaster of a film. Starting off innocently enough, the film soon descends into anarchy as a small town punk band end up on the wrong side of the tracks at a Nazi loving punk rock club. Green Room moves so quickly and so violently, it’s hard to find the room to breathe. And with a cast of characters so likeable, it’s impossible not to like and I genuinely wish we had more films like this. 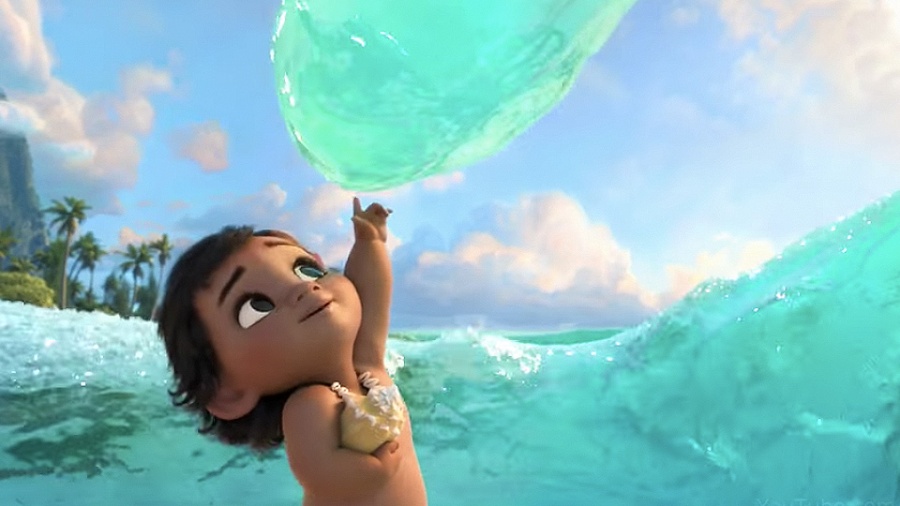 Moana is an absolutely glorious film to behold. Not only in the beautiful CGI that went into creating the film, but also the depth of its main characters and the thoroughly enjoyable musical interludes that keep this wonderful film beating. Set on a Polynesian island, if Moana was a silent film it would still enthral simply because of how wonderful it is to look at. Keeping up Disney’s recent fine form, it’s nice to see them come up with a, relatively, original story instead of remaking one of their previous hits. It’s also fun to see Dwayne Johnson take on a role with a character who, despite being a demigod, is flawed and believable. There’s so much fun to be had here and it was remarkable how much of an immediate, and lasting, impact it has had on me.

There’s so much to admire in Arrival that it’s impossible to take it all in in one go. Arrival demands multiple views, as the intricacies of this fantastic piece of science-fiction unravel. Amy Adams, Jeremy Renner and Forest Whitaker lead us through this tale of communication and what to do in the event of a perceived threat that only by getting along can the human race hope to survive. Such depth is hard to find in modern Hollywood cinema, but Denis Villeneuve has crafted something truly special that begs to be seen by as many people as possible.